One of Didcot Town’s former players has sold a treasured shirt in aid of the club’s fundraising appeal. Reports David Pritchard in the Oxford Mail

It is more than a decade since Jack King last played for the club. At the time the club were in the Hellenic Football League. But despite going on to enjoy a career in the professional game, he has not forgotten his roots and wanted to help after hearing they were struggling financially.

And the 34-year-old, whose family still live in Harwell, can add £340 to their appeal. It is the income from an auction for his shirt, signed by the Preston North End squad after they beat Swindon Town 4-0 in 2015’s League One play-off final.

King said: “I saw they were reaching out for fundraising. I have a number of shirts from my playing career and it was something I wanted to do. Didcot are close to my heart as a club. I think anyone who has been to the ground will appreciate it’s such a family club and it’s the heart of that community. I watched them when I was a kid and I had a very good time there as a player – hopefully those moments can come again."

“It’s a club I look back on fondly, which you can’t do with all clubs. I thank them for playing a part in my career.” 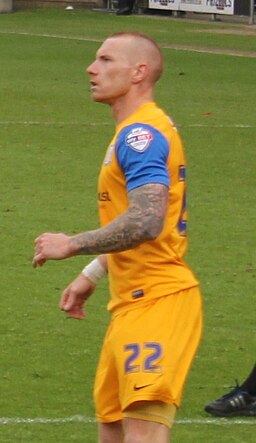 King made 28 appearances for Preston in the successful 2014/15 campaign, his third and final year at Deepdale. And the winning bid came from a former teammate.

He said: “When I first went to Preston the aim was to get back into the Championship as quickly as possible. It took a bit longer than we hoped but I certainly look back on that as the highlight of my career. I was pleased the shirt raised as much as it did – Alan Browne wanted it for his collection. It was pleasing to know it’s going to someone who is going to cherish it.”

King is now at Ebbsfleet United, where his contract expires this summer. The intention had been for it to be his last deal in full-time football, but the coronavirus lockdown has delayed his swansong.

The former Oxford United youngster said: “It’s not ideal – we only have seven games left. Our last match was on March 14 and who knows, that could have been my last game. Fitness-wise I’m fine, in the last two seasons I must be getting on for 80 or 90 games. But my dad runs a building company and I made a decisions to go into it after football. I’m 35 in August so I’m not getting any younger.”